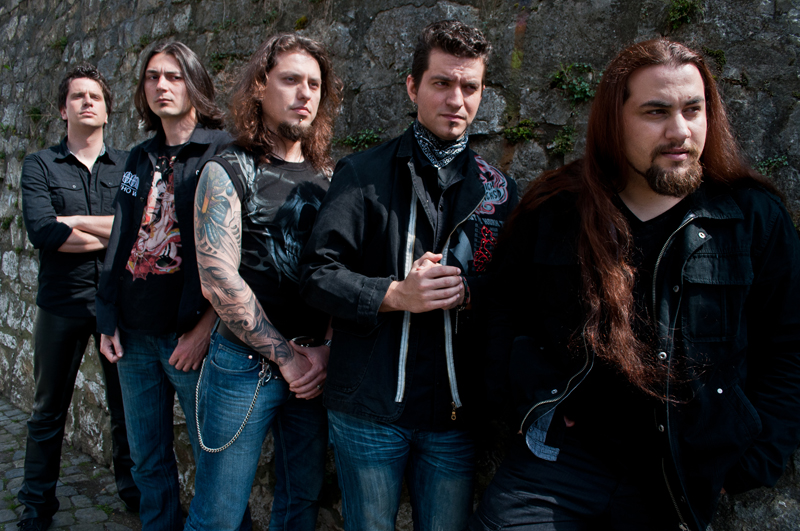 Bucarest – January 26th, 2012, Blaze Bayley (ex – Iron Maiden) will be in Romania at the initiative of local band Trooper. Thus, Blaze honors Trooper’s invitation to record a song together. The track is new and has been written especially this collaboration. The British singer will remain in Romania until January 28th, and will have several appearances on radio and TV stations.

„As far as I know, it is the first time when a Romanian band pulls off a collaboration with a musician who is a former member of Iron Maiden. All five of us are big fans of the British band, therefore this moment bares a special significance for us. I saw him in 1995, when he came to Romania with Iron Maiden, and now we will spend three days together and we’ll record a Trooper song. It’s like a dream. Moreover, on the evening of January 27th, Blaze  will be in the Hard Rock Café in Bucharest, to witness our performance as opening act for Nazareth. We’ve been trying for years to get a collaboration with Blaze, and one with Dickinson. Bruce has been extremely busy in the recent years, but I hope to be able to announce another major piece of news, in
early 2013” said Alin „Coiotu“”, singer of Trooper.

Blaze Bayley is the singer who fronted Iron Maiden the first time the band performed in Romania.The band played the Polivalenta Hall, at Skip Rock „95, in front of over 15,000 people. Blaze Bayley’s voice can be found on three albums from the discography of Iron Maiden: „The X-Factor“ – 1995, „Best of the Beast“ – 1996 and „Virtual XI“ -1998. Most popular songs from these albums include: „When Worlds Collide2“, „Futureal“, „Virus“, „Look For The Truth“, „Man on the Edge“ and „The Clansman.“ Blaze Bayley will perform in Bucharest, in Silver Church Club, Friday, March 23rd, 2012.Tickets are available on www.biletoo.ro, www.bilet.ro, www.blt.ro & www.myticket.ro.